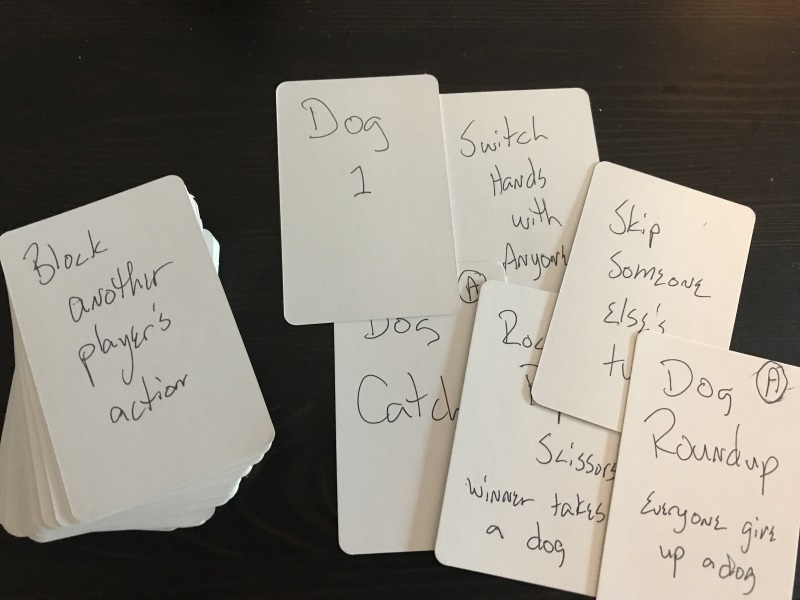 Ok I had to do something about the cards.  The index cards I was using were really starting to bother me.  Playing the game was ok, but shuffling was nearly impossible.  Index cards aren’t thick enough to shuffle like playing cards, so it was painful to mix up the cards after each round.  I did a little bit of searching, and found some blank playing cards on Amazon.  These have been great to use after playing so many rounds with the index cards.  They are blank on both sides, so I just write on one side like I did with the index cards.

The game refinement continues.  I still haven’t given the game to anyone outside the family.  I will do so now that I have these new cards to use.  I also will have anyone I give them to sign an NDA or Non-Disclosure Agreement.  It’s not that I don’t trust these people, but there are potential legal ramifications for sharing a product with those outside the “inventors” that I want to avoid.

I think that we are about done with testing, at least within my house.  We are coming up with fewer and fewer changes, now playing multiple rounds before coming up with a single change.  We’ll get this into the hands of others to get some outside feedback and go from there.